As You Like It, Globe Touring Ensemble: a pleasant summer comedy

The great wooden “O” of Shakespeare’s Globe exudes a particular charm on a chilled summer evening. After so much time spent indoors glued to screens, this theatre – the perfect venue for enjoying live outdoor performances (weather permitting) – is a sight for sore eyes: the central weeks of the season are graced by the alternation of the on-site production with two (three, if also considering the Audience Choice) shows, brought on stage by the Globe Touring Ensemble. One of the most visible differences between the two is the use of stripped-back sets by the latter due to the itinerant nature of the company. In this case, the backdrop is left bare, meaning that the design is down to the imagination of the audience and the prowess of the performers, who must fill up what is physically absent in terms of props and scenery. Although not as successful in terms of utilising the whole space and making the atmosphere vibrant, As You Like It flows smoothly in its delivery and eventually kindles genuine laughs.

The gentle Orlando (Stephenson Ardern-Sodje) flees under the threat of his older brother. At the same time, Rosalind (Emma Ernest) is banished from the court by her uncle, the Duke Senior (Sara Lessore), who also exiled her father years ago. Her cousin, Celia (Anna Crichlow), who now feels like a sister, decides to leave with the outcast. The two ladies go on an adventure, both in disguise to avoid being attacked. The main characters all find themselves (oblivious of each other) in the Forest of Arden, where, instead of desolation and isolation, they experience pleasant chance meetings and encounter love.

As per the Globe’s tradition, the performance opens and closes with music: light tunes that engage every player in some way, whether that be embracing a guitar or beating the tambourine. As there is no interval on this occasion, the rhythmic intermissions are much appreciated to break up the running time. 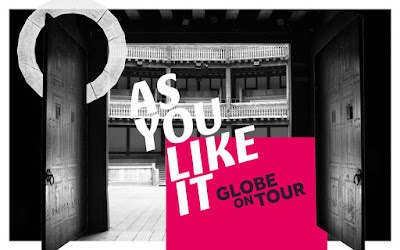 The piece takes some time to set off, with the first part staying on a lukewarm register. From the midway point, the comedy scenes gradually spread: while at first, humour is the prerogative of the vehement Katy Secombe (playing the fool Touchstone and the spiky Phoebe), we later see fun exchanges featuring the ousted Rosalind as the catalyst.

The actions lack the kind of expansive projection that could wrap up the production nicely, but this may be due to on-stage social-distancing restrictions. There would certainly be enough room, though, to move around, occupy more of the platform and create a more physical embodiment of the drama, which would add depth to the sequences. Overall, a sprinkle of conflict, a scattering of music, a surge of laughter and a well-paced “All the world’s a stage” monologue all contribute towards a lively and entertaining performance.