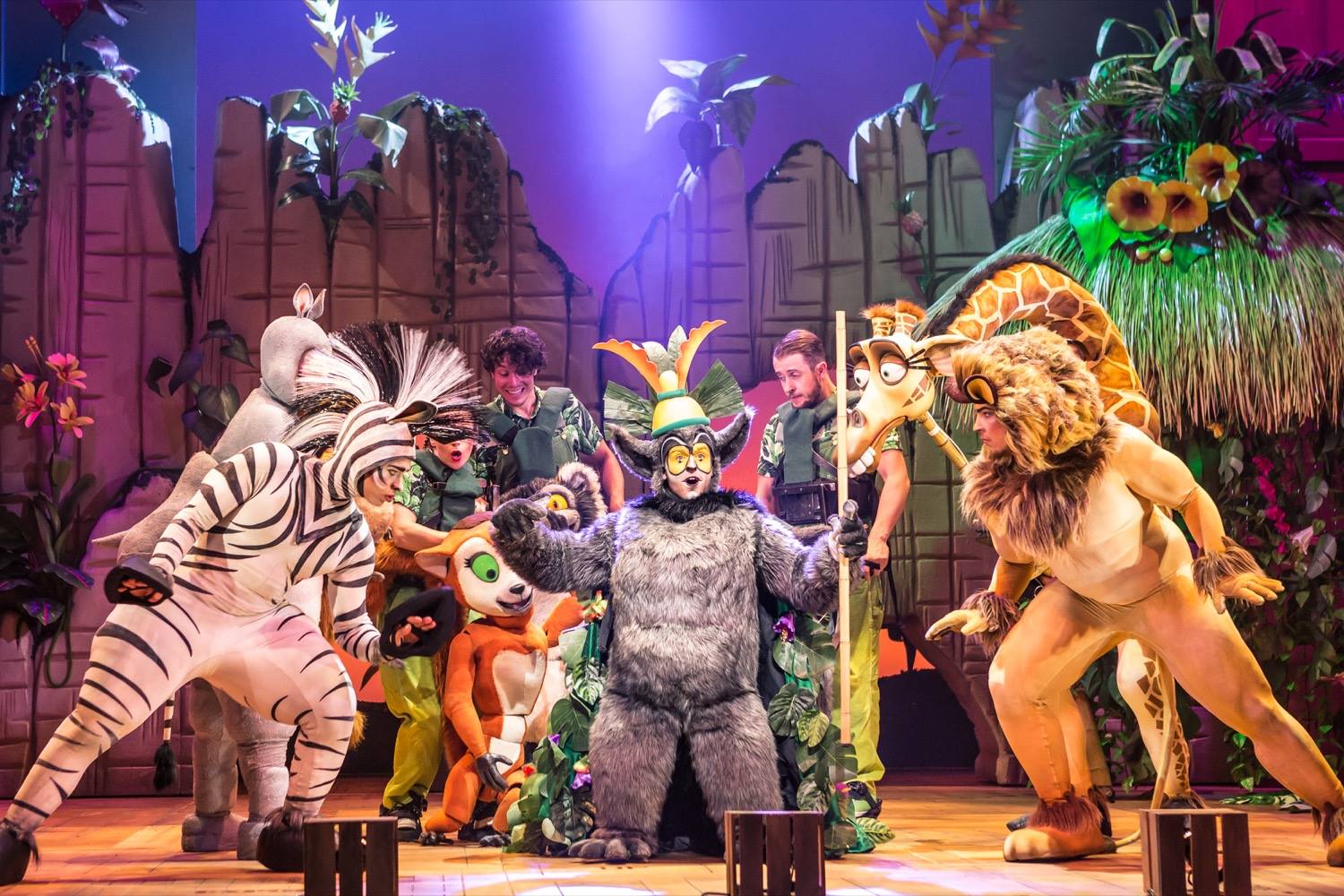 In the wild and uncontaminated land of Madagascar, not all animals are happy to wander people-free. The lively gang from the New York zoo is back for a full-fun evening at the New Wimbledon Theatre.

Marty the Zebra, intrigued by the return-where-we-belong plan of the penguins, makes a wish for his birthday to ride free in the wild. Not persuaded of the contrary by his friends Alex the Lion – the King of New York -, Melman the hypochondriac Giraffe, and Gloria the smart Hippo, after a series of unfortunate events, he ends up with his mates, on the apparently deserted island of Madagascar.

The musical features the eccentric King Julien, head of the lemurs and lord of the dancefloor, interpreted by an ebullient Jo Parsons.

The whole cast deserves a special praise, not only for their energetic performance, but also for bearing seemingly effortlessly rather heavy costumes despite the unexpected record high temperatures in London this summer. Maybe a hint at the proximity, in this way, to the African land where the story is set?

Tom Rogers worked nicely the outfits for the protagonists – taking into account a good deal of flexibility needed, especially for the roaring Alex and the bouncing Gloria. A fitting match is also the pairing of the ensemble’s clothing in accordance with their penguins or lemurs puppets. 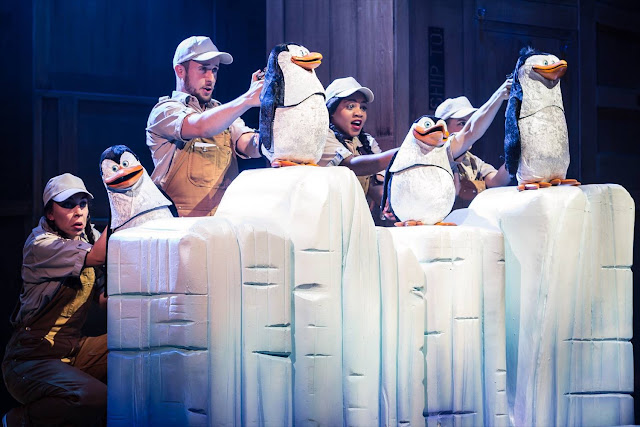 Max Humphries’s creations get very close to the animation’s images, trying at the same time to get along with the overall design from the other characters. The sweet expressions of the penguins don’t fail to make the gang rather adorable instead of a bunch of hardened criminals.

The settings and the props are quite central and probably the first to be noticed when the curtains go up, as dealing with a musical drawing from one of the most complex animation pictures – did you know that it took 240 artists and four years to make the first movie in 2005?

Once the scene is conjured and the ambience recreated, the great voices and empathy of Matt Terry (Alex) and Antoine Murray-Straughan (Marty) strike an impressive note. The 2016’s X-Factor winner looks like still finding his feet, at times, for what regards stage movements, but he proves exceptional high-pitched notes and a natural ability to keep the humorous stand of his character.

The script follows a simple line, keeping the focus on the songs, including a very rhythmed I like to move it. The many jokes dropped here and there are effective without forcing laughs out loud.

No matter how torrid the temperature is outside, this production easily makes the theatre hotter, ticking multiple boxes for a pleasant family-friendly show.