The Hartlepool Monkey: the puppet that speaks of fears

This article was commissioned by Disclaimer Magazine, where it appeared for the first time

Although we already know the end, although there is no historical document that would prove the events, although the interpretations of the legend are multiple and the facts narrated date from ages ago, there are plenty of reasons not to miss The Hartlepool Monkey by Carl Grose. 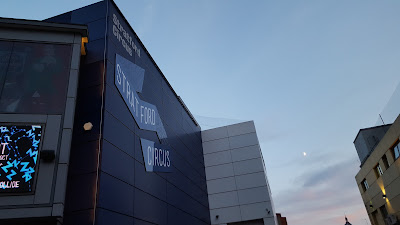 Gyre & Gimble, in association with Fuel Theatre and Stratford Circus Arts Centre, presents a sparkling production, combining the fascination of a myth and a strong message for the present.

Hate and fear are often connected, and both the feelings link with the unknown. The strange and unfamiliar can, so easily, cause inquietude and so become the object of assault. Even when the scapegoat in question is a harmless and even unconscious animal, like a monkey.

The legend goes that a cabin girl and a chimpanzee are cast on the shore of Hartlepool as the only survivors of a French ship sailing near the English coast. 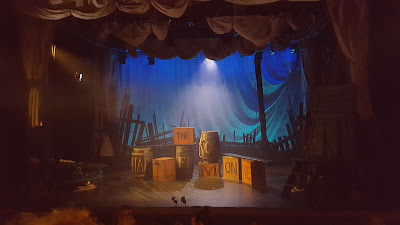 At the beginning of the nineteenth century, the Napoleonic wars hit the morale of soldiers and citizens alike who were depressed and impoverished by the huge cost, in both people and goods, of the conflict. Far from the Capital, the people in the North of England were fed weird propaganda images of the enemy, with newspapers and satirists representing the French troops as monsters.

It is into this powder keg that the lonely monkey, wearing a military uniform, starts wandering around the town looking for his friend the cabin girl. In a matter of moments, the animal is assumed to be an enemy spy, preparing the ground for a massive invasion of the French forces.

After torturing the mute beast for information, the villages sentence the 'French Spy' to death by hanging.

Today, the Hartlepool United F.C.’s mascot is a monkey, in 2002, the first directly elected mayor of Hartlepool, Stuart Drummond, stood for the post in the guise of H'Angus the monkey, and there are statues of the monkey in various guises scattered around the town.

The first mention we have of this legend is in the form of a popular 19th-Century tune by Ned Corvan, ‘The Monkey Song’. Two-Hundred years later, Gyre and Gimble find themselves with so many interpretations that it’s impossible to choose only one. So, they combine them all.

“Regardless of whether you think the myth happened or not – say the puppet designers, Finn Caldwell and Toby Olié -, there’s no denying that the potency and bizarreness of the story raises some really interesting questions and emotions about what it is to be human and how we all live our lives today.”

The main character is not a man in a monkey costume or a doll with strings. The artistry of Finn and Toby - who first met while performing in War Horse and then founded Gyre & Gimble with The Elephantom (2014) as the first creation together - produced a flexible and life-like chimp. Moved through glove hands, this creature requires three puppeteers to be brought to life. After the first glimpse, the audience almost forgets about the people behind the chimp, except noticing the occasional silent contortions they perform in order to perfectly align the animal’s limbs.

Asked about the challenge for this show, especially in comparison with their previous work on War Horse, Finn and Toby say that for both productions their focus was on multiple puppeteers working as one character, “resulting in all three of the puppeteers thinking, moving and even breathing together to give the puppet life.”