- This article was commissioned by Disclaimer Magazine, where it appeared for the first time -


Why are you going to the cinema this weekend? Are you watching the latest Marvel production, a comedy, or an action-packed movie? Films are not limited to these big categories, but it would not be so difficult to group many of the current productions with either of them. 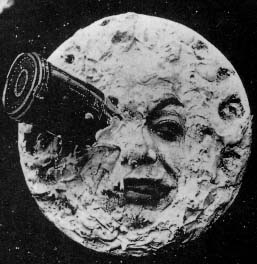 One of the most recent exceptions will be Dunkirk, although also historic movies cannot do without post-production, and, more than ever, without an increasingly present process: visual effects.

Looking through key dates of the film history, the more technology is involved, the further humans have gone. After the striking Arrival of a Train at a Station of the Lumière brothers, George Melies brought the audience to the Moon, with his imaginary La Voyage dans la Lune, more than 60 years before the Apollo 11.

A couple of decades later, Fritz Lang captivated the curiosity with the dystopian world of Metropolis, a groundbreaking sci-fi movie which featured pioneering visual effects. In 1977, we are even in the middle of a galactic war with the first film of the Star Wars saga, A New Hope. The production deployed for the first time ever a motion-controlled camera – for which it won the Academy Award. Industrial Light & Magic, George Lucas’ visual effects company, celebrated with this production his debut.

In the twentieth century, digital manipulation becomes seamless. Computer graphics enter the screen in 1993 with Jurassic Park. The digitally stunning Matrix, where slow-motion sequences are incorporated in battle scenes, as well as flips and physically impossible bending, marks the end of the century. 3D seems to be the latest and still unbeatable step, since its bluish hit Avatar, less than a decade ago.

Matte painting may be surpassed a while ago, as well as the miniature models of Metropolis. But, returning to Dunkirk or every film currently listed at the cinema today, it is clear there is hardly a movie escaping a long incubation in post-production, whether it contains “simple” fire attacks or monsters coming out of the lake.

The tours at the Warner Bros studios in London make display of the craft and skills of the props department in Harry Potter. The “behind the scenes” videos, though, show how frequent are the green screens or scenes shot in the most neutral sets, with actors that don’t look like what they appear to be on the screen, because the visual effects department will add its magic touch and all that is missing afterwards.

Italian Race (original title: Veloce come il Vento), written and directed by Matteo Rovere, is an Italian sports action film on a promising rally driver and the car race of a lifetime. The movie was awarded the 2017 David di Donatello for Best DigitalEffects, a prestigious film award presented each year by The Academy of Italian Cinema.

Andrea Marotti, Executive Visual Effects Producer and Supervisor, told me most of those racing scenes contain actually digital cars. “You can almost never tell which cars are real and which are done in 3D.” Also much of the crowd in the stands of the racetracks has been digitally added.


Scrollingdown Marotti’s credits, it cannot be missed his work on the biopic Jobs and the thriller Nightcrawler. Visual Effects are not limited to horror or fantasy movies anymore, but it looks like even the most non-fictional films – whether about a car race or including ordinary crowded places – cannot go without digital retouching. “Visual Effects have become part of the creative process in almost every single film” Marotti agrees. 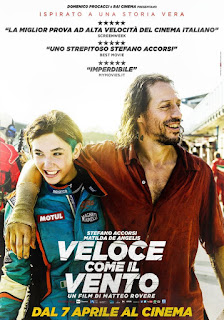 Once the production starts, the Visual Effect producer’s job is to translate the director’s vision into actionable solutions. At times, that can be an alternative way to film the shot, maybe resorting to special effects on set. But it may easily end up in post-production work on the sequences after the filming.

The latest solution appears to be more and more frequent, also because of the high quality and easy access of visual effects today. “This process gives greater flexibility and creative freedom to the director and saves money on set for the producers,” Marotti explains. “So, it’s no surprise that every single film has some level of visual effect intervention.”

Looking at the Box Office revenues ranking in the last years, there is always a Marvel production or a fantasy film at the top. Are these successes in some ways linked to the increased use of visual effect in the film industry?