Family, love, and politics: they have never made a peaceful mix. 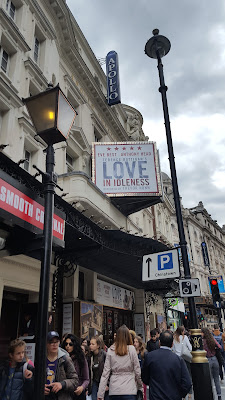 Political views can shape – and divide – domestic relationships. And we already know that filial love not always gets along with the partner’s passion. Stir all with wits and good British humour, and you will have the basis for a brilliant comedy such as Love in Idleness, by Terence Rattigan.

Four years have passed since Olivia (Eve Best) sent her son in Canada, at the time when the United Kingdom was threatened by the Nazi invasion. With the Second World War coming to an end, the many young evacuees can finally return home. But the situation welcoming them is not the same as they left. The government is deeply involved in the post war reconstruction of the country and the society has seen different changes.

The eighteen years old, absorbed in leftist principles and holding a strong Communist – or, as he cares to name it, just anti-Fascist -  position, cannot stand his mother’s relationship with the capitalist man. And despite the remunerative ministerial job Michael himself got thanks to Sir John, the boy cannot contemplate their life in the luxurious house.

The comedy reaches a climax where Olivia is to face the unsustainability of the cohabitation, and she needs to make a choice. The heart of a mother can hardly be silenced. Is it the end? 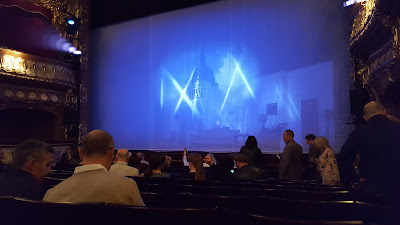 Love in Idleness will be at the Apollo Theatre for a limited run of 50 performances, so, better to get a ticket soon. Not only to discover the conclusion of the story, but because you don’t want to miss such an hilarious comedy on the London stage.

Trevor Nunn directs an extraordinary cast for the revival of the 1944 show, a fresh and funny window of the clashes and tender relations in the post-war Britain.

The dialogues go smoothly and dictate an energic pace. The use of original footage from mid-nineties helps to set the contest of the story, but without being too heavy on the outcomes and the resulting conditions of the war. The selection from the news bulletins, indeed, puts up a smile about the past times, in accordance with the tone of the whole comedy.

Disseminated, there are other few references to the historic contest apart from this, which allows the play not to be too disconnected from the modern days and the jokes not too difficult to grasp by all the audience. The political and economic turbolences make it indeed a quite relatable story for the current time. 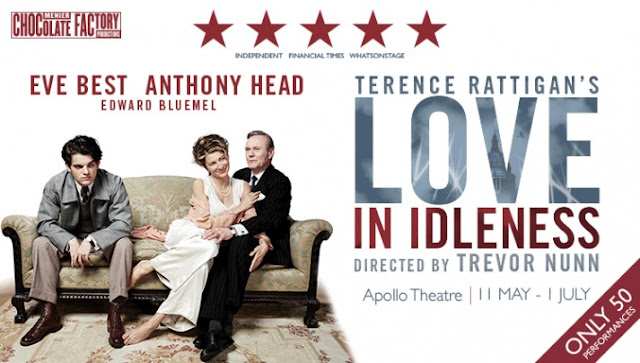 Tenacity and tenderness are the most prominent elements in all the characters. There are no feelings that cannot be bought by money… or almost no one?

Actions is brought about by witty dialogues. The characters are built not as stereotyped figures, with too pronounced funny traits, but we have on the stage real feelings, in rather comic situations. And the actors are extraordinary with their intense performance.

The director keeps all the traditional settings, with dresses and decorations that bring us to the middle of the century. However, wits and lines do not stick to the old language, leaving the dialogues lively and fresh.


We laugh, we smile, but we also empathise with Olivia and stubborn Michael, while we praise the love and the patience of Sir John. In the end, for as much we would argue with the bourgeois privileges or the ideal world of equality after the war, we truly feel the characters’ tears and joy.

Despite the long running time, the almost three hours pass quite fast, with the interval breaking at the right moment to hold your breath.