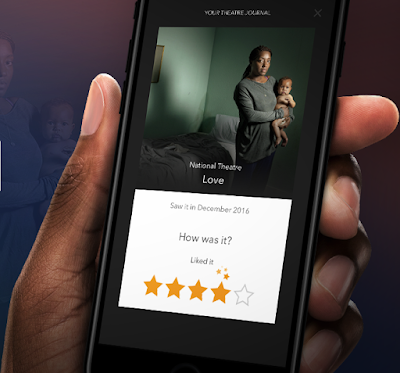 Where there is a smartphone, there are lots of apps.
How many of those installed on your device are culture, or, to be more precise, theatre related?

Whether you are an enthusiastic member of the audience always looking for new creative works, or an occasional spectator who’d enjoy a light comedy, Stagedoor can be your next online go-to listing for evenings (and matinees) of theatre wonders.

Behind the project, there is the idea to create a community – a virtual one, with possible transpositions in the real world – around and about theatre. The app Stagedoor, indeed, lists all the shows in London, with filtering options per directors, venues, actors, etc.

At the centre of the platform, there are the recommendations, suggestions, connections new and old by the users/audience. After all, isn’t the word of mouth, a friend’s advice, the opinion of that guy who seems to have my very identical tastes, what we are looking for when deciding to spend 2/3 hours plus x pounds on a show?

We asked Stagedoor co-founder and CEO Michael Hadjijoseph more about the beginning and the future of the project, the relation between price and quality of the shows, and the tech influence over community on and offline.

-  Stagedoor because…
From day one we wanted to build something with a strong community sense, a product that brings people closer to the world of theatre and those that make it happen.
In a way, like a venue’s stage door where traditionally theatre enthusiasts would wait outside after a show for a chance to meet and interact with their favourite actors.

We chose the name Stagedoor as it helps theatre lovers stay connected with everything that’s happening in the theatre world. Moving forward we want to become a new home where creatives and theatre lovers interact with each other.

- How did the project first start?
The inception of the project started almost two years ago when 4 friends (My co-founders and I) with a passion for theatre came to the conclusion that there was something missing from the world of theatre. There was no easy way of exploring through a complete list of Theatre performances in London (or any other city).

London is bursting with amazing performances, yet most people are only aware of a handful of these. So we set out on a goal to build the first (and best) theatre discovery app in the world, providing a home where Theatre lovers can connect with their favourite Venues, Theatre companies and creatives as well as helping them discover amazing new shows through friends recommendations.

I have to add here that our team comprises of a unique blend of Tech geeks as well as Theatre professionals. It’s through this amalgamation of backgrounds and experiences that Stagedoor was born with a mission to bring people closer to theatre. Technology is an enabler.


- There are several apps that allow to search for entertainment evenings, whether it is a restaurant, cinema, or theatre. What can we say is the plus value of Stagedoor?
Stagedoor is a very focused product with a very specific audience, quite different from anything out there. To  begin with, Stagedoor is the only app which lists more than 450 performances in London at any given point in time.

On top of that our biggest value added is “Personalisation & Social recommendations”. Stagedoor is the only app available which helps people find the best shows for them based on a recommendation engine which looks at who their favourite producers, actors, venues are as well as based on what other people from the community are recommending.

Lastly Stagedoor allows theatre lovers to bookmark all the shows they want to see and creates a smart calendar for them, as well as keeping track of all the shows they’ve seen in their “Theatre journal”.
We are a team fully focused on the needs of theatre lovers and that’s our ‘value added’ compared to more generic "What should I do tonight” apps.

- Many theatre apps offer discounts, lotteries, and special deals. In Stagedoor, the pages resend the user to the theatre’s website where to purchase the tickets. Why not including any in-app purchase options or similar?
The app was launched a bit more than a year ago and during this first phase we wanted to stay focused on Discovery - helping theatre lovers discover amazing theatre performances. Regarding discounts, we are all for deals being offered to students and low income groups. We are big advocates for accessibility and diversity in theatre and pricing is an important factor. 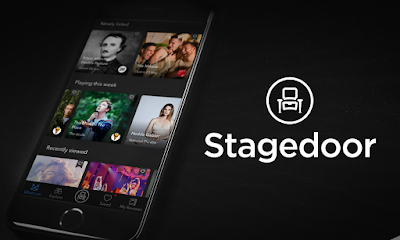 However the industry needs to be careful as discounts can be dangerous - they create expectations and people get used to them.

We want to avoid the discount model, but we want to enable Venues to reach new audiences and get more people through the doors. This is a big and complex project which will hopefully be rolled out in 2-3 different phases over the next year. We are now working with big strategic partners and investors from the theatre industry who will help us to achieve this.

- Do you think the economic cost influences the choice of the audience? In the sense: “I can/can’t afford to go to the theatre”, but also: “if it costs less than £20, it must be an unknown performance, not really worth it”
Of course, I believe pricing influences choice, however, especially in Theatre where quality doesn't always mean more cost and especially in London which is bursting with talent - it really shouldn’t. There are plenty of great shows by super talented unknown theatre companies. I strongly believe in experimenting and trying out new things.

There’s always a risk associated with this both in terms of Time & Money. One loses a lot more from these undiscovered experiences than what’s at risk if left unsatisfied (3 hours of their life and £15).
What we want to do to help with this is encourage theatre lovers to discover amazing new productions that are within their budget and “de-risking” this process of experimentation.


- One of your aims is to create a sort of network and social space. How do you think social media play a role here?
We are a very community focused company so achieving a social space for theatre lovers and theatre professionals is definitely what we are aiming for. Companies like Twitter and Facebook play a big role here in opening up their “social graphs” to companies like Stagedoor.

This means that Stagedoor users who are connected on other social media channels also auto-follow each other on Stagedoor, exchanging recommendations. This has become more visible through our latest version of the app released in mid-February where our users now have profiles, and can see who follows them.

- In this tech era, we get more and more reviews on theatre works than before – see theatre bloggers, tweets, the omnipresent comments page on every theatre website, all to be added to the classic reviews on newspapers, magazines, and so on. Don’t you see a risk here, that we would not be able anymore to connect, meet, and discuss each other face to face?
Theatre is an offline activity and that’s a big reason why we love it so much. Social media is great for giving us access to a breadth of information. However, we should never forget to celebrate the importance of human interaction as well as creating real offline friendships based on common passions and interests. 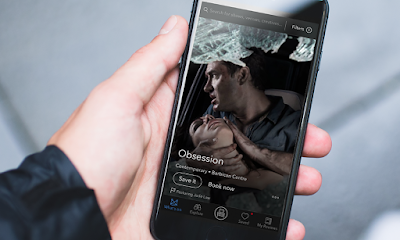 We are an online product which facilitates an offline activity. Currently what we are doing to encourage this is organising various events where people from our community (The Stagedoor Circle) meet up to watch a show together and grab a drink in the interval/after the show to discuss their thoughts. We are looking to do a lot more of these events in the future.

- Are there any plans to make the app available outside the Apple Store? And to expand even further the app space?
Yes - we will start working on an Android version soon. While we are mostly focused on Mobile, we will gradually build parts of the app in Web format so that they are accessible from the computer as well. We’ve had some amazing partnerships with two of London’s biggest Theatre festivals (Camden Fringe and Vault festival) where Stagedoor was the official app.

We have also partnered up with almost all major Venues which now have Verified Profiles on Stagedoor and are already seeing their number of followers grow. There are a lot of new features in the pipeline mainly around further improving discovery and enabling bookings through the app (with a twist)

- Your not-to-be-missed list for 2017 (5 elements at most, of shows, festival, people to follow this year...)
I’m really looking forward to catching some Vault festival productions. Five is too few, but some bigger ones...
A Midsummer Night’s Dream - Young Vic
Angels In America - National Theatre
Hamilton - Victoria palace
Tristan & Yseult - Globe
Manwatching - Royal Court

- Which show would represent you the most?
Alice’s Adventures Underground - Les Enfants Terribles make incredible immersive theatre. Audiences will be free to explore the tunnels of The Vaults under Waterloo and interact with curious characters, stunning costumes, wacky scenes and personal stories.

- Musical, comedy, or drama?
If I had to pick one, I’d say Musicals as I am also a massive Music fan… but generally I’m interested in a good story that uses any or all of the above.


Stagedoor app can be download from the iTunes store, or you can have a look at the website