Mental: from family to bipolarism, and back 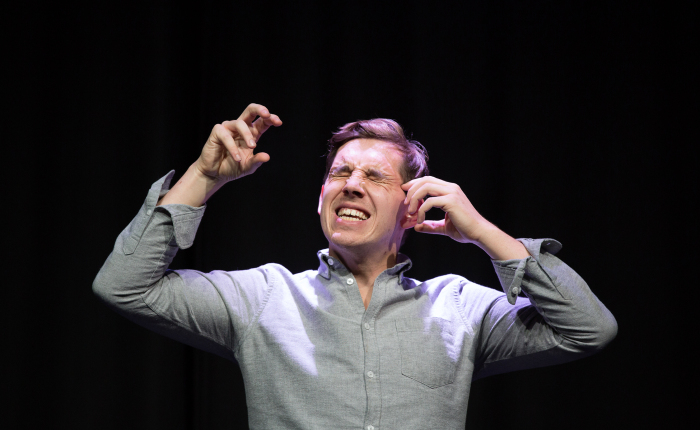 ‘I am fine’ reads one of the flyer on the graph in the background of the theatre space. We are all fine, in the end, and to Kane, actually, his mother, Kim, was normal.
How to tell the story of a woman affected by mental health, through the memory and the eyes of her son?

The story of a case among many related to the mysterious and impenetrable part of our body – the mind – is on stage at The Vaults, a curiously hidden venue, right in an abandoned archway behind Waterloo station.

Kane Power puts into Mental thoughts, memories, and reflections on what he has lived since a child: the excessive alterations in her mother’s mood. Medical reports, analysis, and photographs come to help in the solution of a puzzle that, however, remains unsolved.

This is the story of a single parent who is bipolar. “Funny isn’t it?” reflects Kane “We don’t say my mum is cancer, or leukemia do we?” But we say “she is bipolar.” Is it to describe a state of life, is this an adjective enough to tell about someone?

The step from 'mental health problems' to talk about a person as 'mental' is very short. Kane takes on the challenge to expose the stigma through his personal experience.

He is keen to explain her mother’s condition has not affected him. Not only Kane has been questioned many times by his companions about his own condition, but also in the past friends and members of the family one by one have distanced themselves from Kim. Because, as already mentioned, it’s quite easy to move from a situation that needs help to an infectious illness.

The show deals with the family story, intersected with the relationships, and then the broader sphere of the rest of the world. The interchange with the others returns the view to the more intimate level. Thus, the thoughts goes to the struggles, the ups and downs, the many unanswered question marks at the more intimate level: Kane and Kim, and Kim with herself. 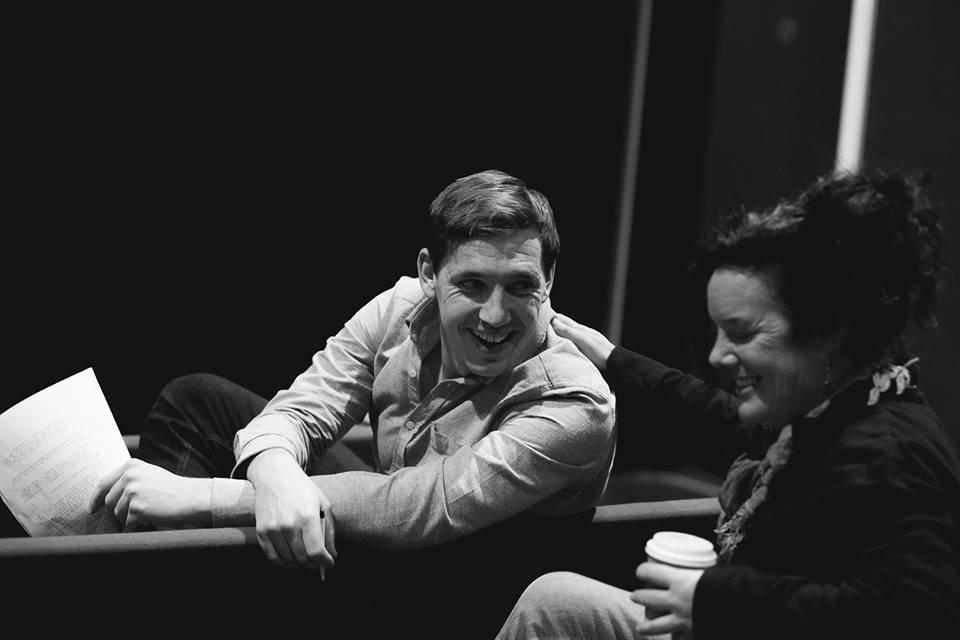 Art often helps to unravel such not-to-be-disclosed topics. In this case, however, the goal was not so much to instruct the audience, but rather to prompt to open a conversation. The play was quite a free-form, with a lot of music, especially electronic, that Kane performs and combine live on the stage.

I particularly appreciated the beginning, with a simple – but key – explanation of what actually means bipolarism, how it manifests, and when the symptoms started to affect his mother, thus affect his own life.

There is a lot of play with and around words: Kim herself, as the performer explains us, plays with the words, their meaning and their sound. In the show, we don’t hear complicated medical terms, or roundabout expressions, or too many euphemism, but the scenes are told as direct as they happened.

With one hour of monologue - spaced by songs, audio recordings, and voicemails – I was expecting more movement. The Vaults studio is not a huge space, but still, with all the props, synthesizer, and papers, there was plenty of room for extra motion.


The sounds fill every minute of the show - which runs just for the right time - and the jokes sustain the overall rhythm. But the personal approach is the main and most interesting ingredient, by allowing the audience to draw closer to the real human matter of the topic.