Gathering Dust: identity in a cell 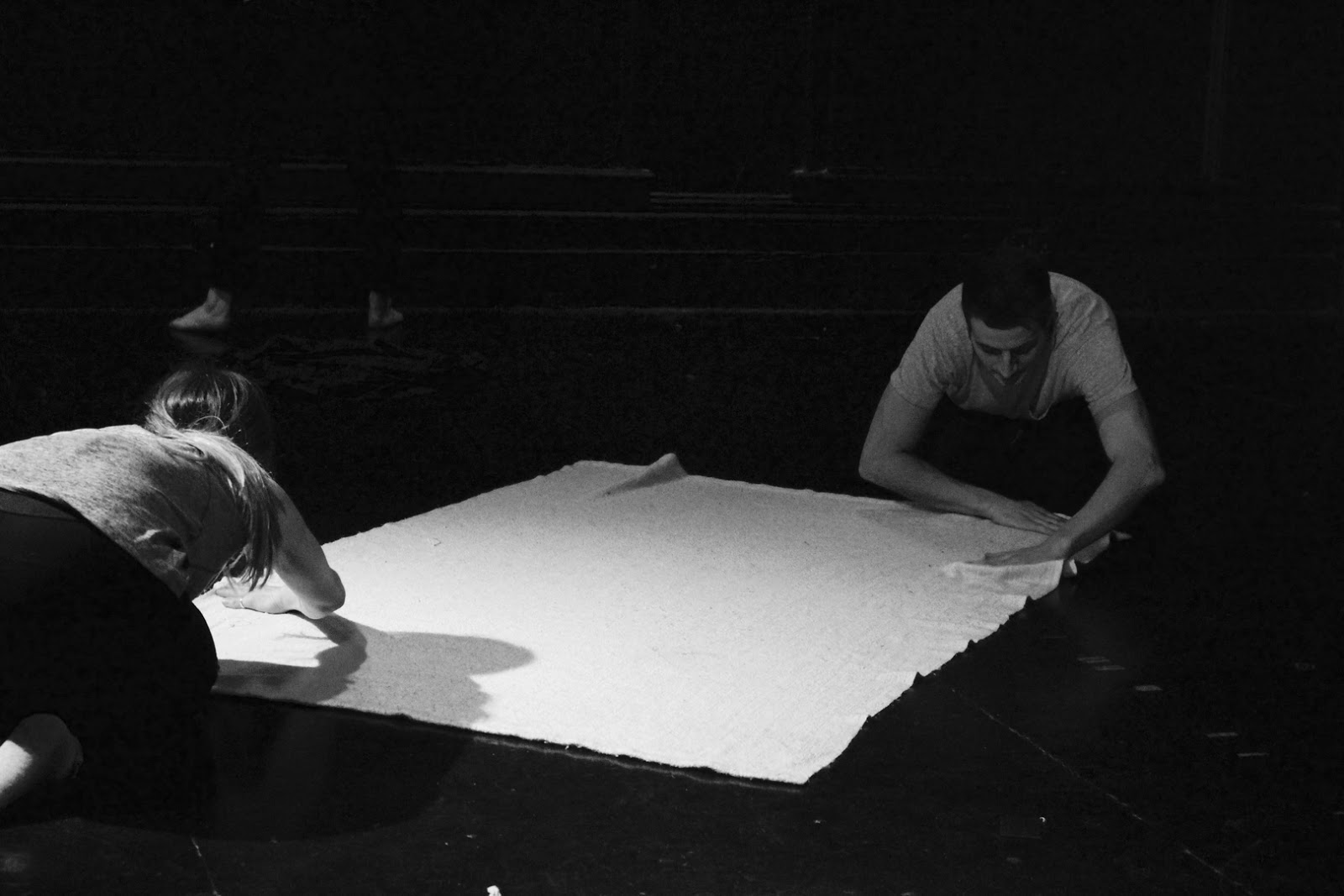 Lion and Unicorn Theatre is a studio theatre above the namesake pub in Gaisford Street, northwest London. What I particularly like of this kind of performance spaces is the familiarity and relaxed atmosphere. Especially for fringe theatre, treating topics new to the spectators and trying to explore social issues, it allows the audience to concentrate more on the story. 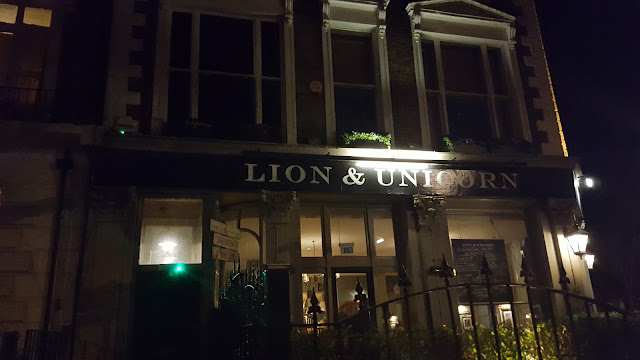 Last week I attended the latest production by the 6th_Space, Gathering Dust.

Leaflets and website don’t actually give away a lot about the plot. A foreign correspondent, Charlie (Sophie Baker), returns home, apparently safe and sound, after the traumatic experience of being kidnapped while reporting on the frontline.

Despite the calmer and friendlier environment, the protagonist lives in a state of anxiety, and the people around made her stay rather a difficult cohabitation.

As mentioned, the theatre studio allows to be very close to the acting space. And probably for this extreme proximity that my first impression as we entered the room was of surprise.

One of the actor was standing against the wall, busy in writing something. While all around, there seemed to have been a nice colourful party, after which no one bothered to clean up. 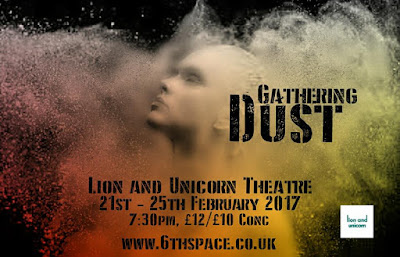 As we all soon realized, confetti and banners where not left there for carelessness of the curators, rather they were arranged for Charlie’s birthday party.

Unfortunately, despite the spirit and the cheerfulness of friends and family, the journalist doesn’t feel the warmth, rather a distance and excessive care everyone is taking of her.

The only solution, in her eye, is to go back to the adrenaline-filled frontline, where she finds herself more useful to the “matters, out there, far bigger than us.”

The playwright Flossie Joseph and director Charlotte Ive have helped the actors to devise this original theatre piece. The story deals with a subject not so commonly talked about, especially on the stage. 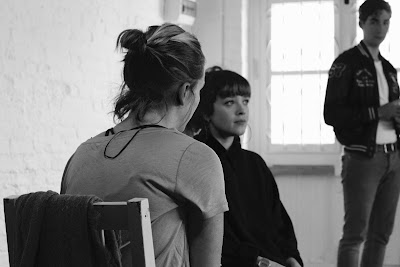 Post-Traumatic Stress Disorder, experienced after a distressing period spent in the war-torn country, could have been the case of Charlie. But her symptoms do not regard anything in her mind – or so she declares to her beloved ones – rather the boredom and futility of the ordinary matters everyone is attending to.

Relationships, imagination vs reality, instinct are the core elements of this play, and those that we see conveyed more in the second act.

The nice house living room is the setting for the first part, while a cold and bare cell is the for the second. These backgrounds are ather in contrast with the two teams of characters, who Charlie feels cold and distant at home, versus a more familiar – till to daydream and support each other – in the unknown battlefield.

Unusually longer than the initial one, the second act offered a more interesting performance, and not just for the text itself, but also for the very well-coordinated movements among the actors, the energy of the monologue delivery, and the good visionary scenes – which brought us all outside the cell, along with the mind of the prisoners.


The first part, indeed, resulted for me far too slow, despite the wanted contrasting effect. And the excessive use of swearing started to distract me from the story. One of the signs of the weak impact of the initial act was the often empty stage: many scenes happened outside the stage, with the voices coming through, but the length and the repetition of this didn’t help to keep up the attention of the audience.

Having studied media, I was particularly attracted by the protagonist, and curiosity drew me to discover the life consequences of her profession foreseen by this theatre company. However, I would have like to read a couple of lines more on the story, as what I found on the stage was rather different than my expectations – not to consider this as a negative point, actually, but I would have maybe looked a bit differently the first act.

The 6th_Space measures themselves with a not easy topic, but the performance offers us an original story for further reflections on identity and relationships.