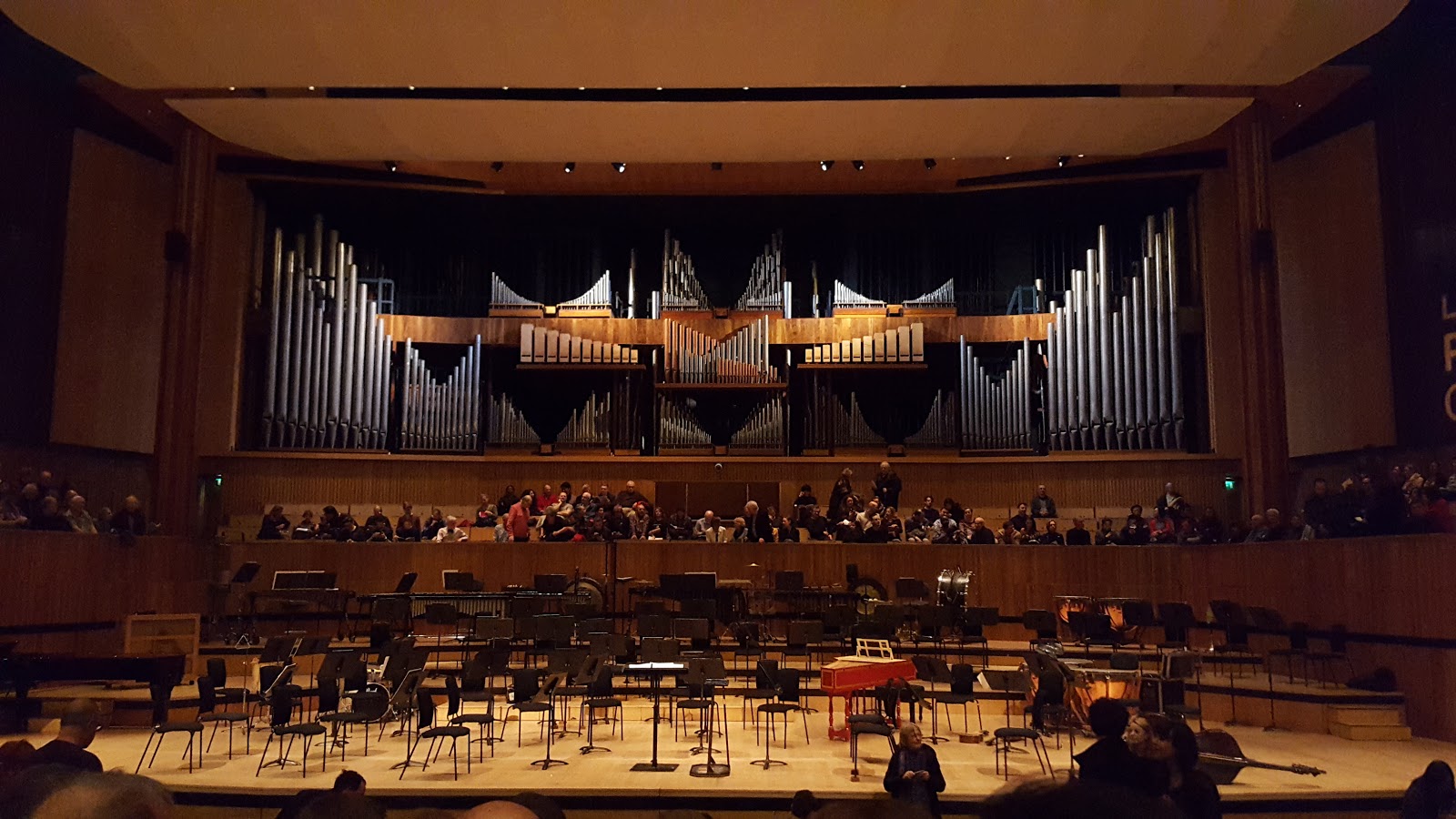 New year, new projects, new ambitions. As every January, the beginning of this year represents a blank page for us all to write on about wonderful discoveries, lovely people, and unforgettable journeys.

Within this perspective, music could be much more than a mere background for memories.
As Art helps us to explore and dig into the meaning of our acts, melodic works are our chance to reflect and imagine further what we have achieved.

The SouthbankCentre has just launched the festival Belief and Beyond Belief for this 2017 at the London arts centre. The London Philharmonic Orchestra - resident Orchestra at Southbank Centre’s Royal Festival Hall – inserts itself within the Beyond programme with a series of exclusives premiers and contemporary classic concerts titled New Worlds. 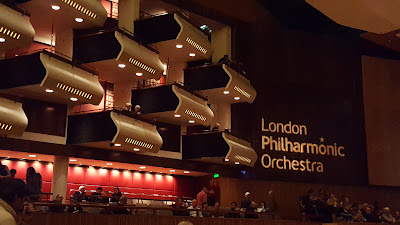 As the reader can already guess from the names, the idea is to extend the human mind and soul beyond what done, seen, heard, so far.

“In this festival of music inspired by spiritual belief, we attempt to lay open the grandeur, enigma and conflict in our search for, and understanding of, the divine” said Vladimir Jurowski, principal conductor and artistic advisor for the LPO

On the 28th of January, I had the chance to attend one of the concerts. Classic music may not be my very first preference in terms of entertainment events - maybe the second, I have to admit  -, but
a) I have never had the chance to listen to the London Philharmonic Orchestra;
b) the programme sounded different from the classics, then it aroused my curiosity about contemporary classic music.

Long story short, I found myself sitting at the Royal Festival Hall, with no expectations, apart from a leaflet I found in the hall with a colourful nebula, half covering the LPO concerts’ title New Worlds.

The performance I was going to listen to, in particular, bore the exact same name of the series.

The concert was indeed a journey through different ages and different music styles. The selection of the repertoire gave a sense of progress, continuous movement forward in the creative thinking of the composers during the centuries.

And the changing of the scenarios, with the coming in and out of the musicians, from one act to the other helped to set each time with the distinct tune. 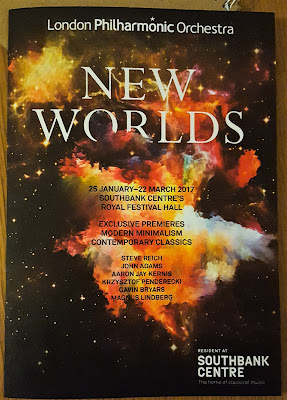 First was Les élémens, Simphonie nouvelle by Jean-Féry Rebel, with which we went back to the age of the Baroque. If you thought harpsichords and lutes are rather old instruments of the past, you would find me in agreement.

Except that, when in combination with energetic violins, and twittering from the hall speakers, they assume a very pleasant tone, not in contrast with a modern ear.

Secondly the orchestra performed a ballet by Darius Milhaud: La Création du monde. Still dans la belle France, but fast forward, this act – my favourite - contained elements of Jazz and more rhythmed swings, in a melodic mixture so easy to place in the lively streets of the XX century capital.

As preannounced, because one of the objectives of the concerts is to push and accompany the audience in a journey beyond, the closing piece was dedicated to a journey beyond this planet: Harmonielehre, by John Adams. The act was inspired by a dream of a supertanker launched in the space.

I found quite funny that this minimalist composition, actually required the highest number of musicians of the 3 sequences. The opening reproduced a succession of stellar sounds, with the pinching of the chords, whereas the finale flowed in crescendos.

With New Worlds, the LPO encourages to raise our eyes upwards, looking at the past, reliving what the future looked like back in the day, and picturing the time to come.

I hope the next concerts in the series will be that great creative guide we have been led by on Saturday. My only suggestion to the audience: don’t get stuck with your preconceptions, but be open to the panoramas pictured by the notes.