There is love, a bridge, and humour in LUV , written by Murray Schisgal.
Buckland Theatre Company presents this enjoyable comedy at the Park Theatre for this festive season, till the 7th January next year.

The production features Elsie Bennett as Ellen, Nick Barber as Milt, and Charles Dorfman as Harry, all directed by Gary Condes.

London streets are more and more crowded, rendeers and huge Santa Claus appear on the shop windows, and there is a certain atmosphere in our houses thanks to the warm candles' lights. So, Christmas is really one step away.
Will also those not so lucky with love stories be cheered up for this Christmassy season with LUV?

How is the story still relevant today? What the challanges of this Tony-awarded play?

With experiences in Film, TV, and Theatre, director Gary Condes enjoys this second collaboration with Buckland Theatre Company. And he explains us more about this excting comedy experience about love, with LUV...

- Do you see the comedy LUV, with its humoristic lines on love, still relevant today?

Yes, by spoofing the ‘mid 60’s New York setting & zeitgeist’ and the inward looking neuroses and zany offbeat comedy of the time, the play is an examination of the nature of human anxieties. That’s a timeless conversation.

I want the audience to ask: have our anxieties as humans living in a modern urban metropolis changed that much? And if so how? How do we now define love and in turn measure it? 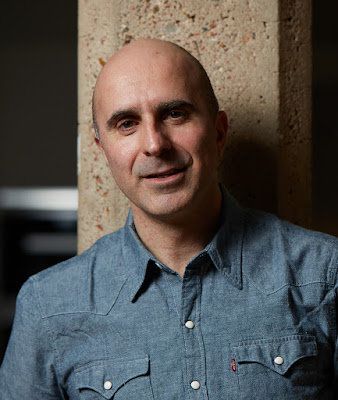 - Who is your favourite LUV character or the one you relate with the most? Why?

As a Director I don’t take sides, it’s like asking a parent to choose their favourite child! I like them all as they all contribute to the dialectic in their own essential way.

So that means I like all 3 of them! Milt for his positive outlook, Harry for his ability to ask the big questions and Ellen for her tenacity and fearlessness and for keeping the two men on their toes!

- The production will run during the festive season. Will the comedy speak also to those people, like Milt and Harry, who think they are haunted by bad-luck in love?

Yes, for sure. The comedy addresses those existential questions that arise when examining the very nature of love, how we define it and how we measure it.

In an age of calculated self-aware subtle comedy it provides audiences with a good old cathartic belly laugh at how self-indulgent humans can get with their own despair. The performances will be bold but grounded in emotional truth so that audiences can connect to the despair through laughter.

Everyone will connect at some level to the trials and tribulations of all three characters in their search for love. As the great Joseph Campbell said; ”People say that what we’re all seeking is a meaning for life. I don’t think that’s what we’re really seeking. I think that what we’re seeking is an experience of being alive."

- This is not the first time you are working with Buckland Theatre Company. What do you like the most of this collaboration?

My work and Buckland's combine from the same desire; to produce work that examines the nature of human behaviour through plays that focus on relationships and to put them in intimate studio spaces so that audiences experience immediate and affecting theatre full of emotional truth.

- The play, on its premiere at Broadway, gained quite a good number of Tony nominations. What are the challenges of directing this London production?

We are putting a Broadway play into a 90 seat studio theatre, so we’ve had to work hard at keeping the big show feel that action play out in, while scaling it down so that it works in an intimate venue.

It also been a real test of the actors depth and range. There’s the physical comedy, funny dialogue, extreme emotions and idiosyncratic characters that the actors have to take on, embody and realise truthfully. The hardest thing for an actor to do is to be in a larger than life theatrical play and still be able to be authentic and truthful.

- LUV was also a film, in 1967, and you have worked for television. How do you see this exchange between the stage and the cameras? Today, there are many West End shows that have in programme at least one live broadcast somewhere else in London. In this finally a convergence between these two worlds?

No, they are different and have an entirely different language. Camera’s and editing move quicker than stage and that is the main difference. Not better, just different. Theatre is a world of words and behaviour, while film is a world of action and image.

In this day and age, with such high quality technology and multi camera possibilities live broadcast of shows is an excellent resource to capture what may never be seen again, for purposes of education, archives, history. But it is in no way a suitable replacement for the actual present live experience. You just can simulate being there. We have to accept its ephemeral and there’s a specialness in that.

- What future projects are already in the agenda?

Directing my next short film, Coaching on a feature film and a Teaching project.

- A particular wish for the new year?

More of the same: lots of interesting and creative work, love and adventures