The BFG: a razztwizzler dream experience 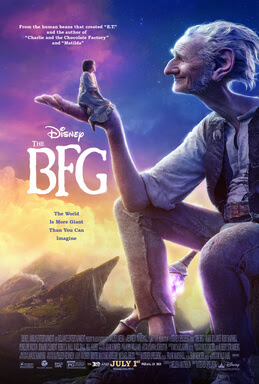 When we are too busy upon our daily tasks, the big picture can be missed. Actually, the big gigantic picture can blend in the background of our ordinary routine.
Just like a Best Friendly Giant hides himself between the lampposts or leans on the back of a truck, while cars pass by and the households take out the garbage.

Steven Spielberg comes back to the fantasy world with The BFG, movie based on the same name novel by Roald Dahl, whose centenary anniversary occurs this year.

The film lists also the last credit of screenwriter Melissa Mathison - passed away in November last year -, who previously worked with Spielberg on the science fantasy E.T. the Extra-Terrestrial.

From London, to Giant Country

Sophie (Ruby Barnhill) reads a lot during the night, once she comes back to her bed after checking around the orphanage where she lives.
A child-shaped adult, responsible and caring for the others, she puts the mail in order and rebukes the drunk men in the street for making too much noise, as “there are children who are sleeping”.

She does not sleep – and dream - as much as a young girl would do. That’s why Sophie is well awake, walks outside the window, and sees the BFG (Mark Rylance) raising an overturned dustbin.
The giant, wrapped in a black cloak, realizes to be seen. As the tiny Sophie would be a small flower, he snatches the little girl from the bed where she seeks refuge from the terrible and incredible view.

Together, they fly – better to say, the giant crosses lands and seas in large jumps – till Giant Country.
Quite further North from England, the place is home to BFG - a dream catcher and dream blower, vegetarian, enormous creature -, and other – more rude and carnivore – gigantic peers.

This is the scenery of the never-ending battle between the good – our gentle men-friendly BFG – and the evil – the brutal men-eater giants. These latest bully the kindhearted Runt – that is how the brutes call the BFG -, and they are easy to eat in one single bite human beings as small as children, with no regret or second thought.

The Brave Sophie urges BFG of the unbearable situation, but 1 versus 9 is not an easy play, without considering the bigger size of the brute guys in comparison with the kind gigantic protagonist of our story.

Here comes the girl’s plan: the Queen of England (Penelope Wilton) must be involved and, with apt aircraft and military deployment, she will save the BFG and the nation – and, yes, the whole world - from the giants’ threat.

Peers, but not alike
The enemy, in this case, is not the different over-sized or under-sized creatures, neither a foreigner, or a more developed unknown people. But the fight and division come within the same clan: the giants.

Bullism was my first thought while the BFG is thrown in the air, passed among the brutes as a rugby ball. Who has not heard of similar stories? The wake-up call – for the second time – is the voice of an innocent, a tiny creature, a child. 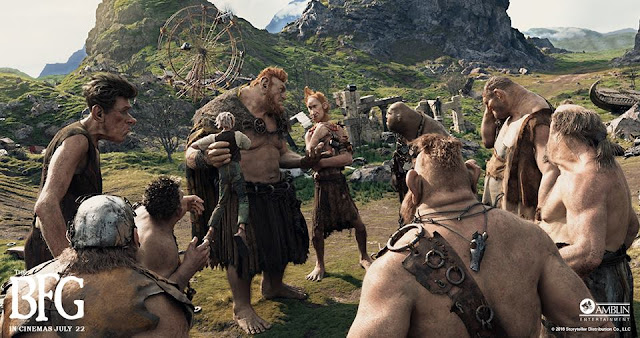 The birth of a dream 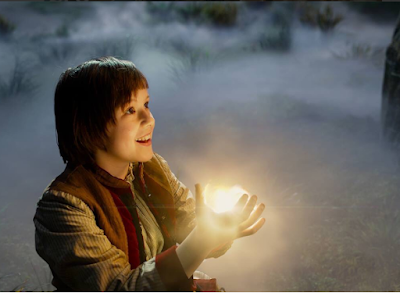 The BFG is keeper and dispenser of one of the most sensible part of our psyche: the dreams.

What are dreams made of?
They grow from the leaves of an enchanted tree. The plant stands on the other side – inside, within, or downside – a lake on the top of the mountain in Giant Country.

Sophie jumps in the water, and she finds herself upside down a foggy land where the colourful dreams spark and fly around the gnarled branches.

“Bad apples” are also here: aggressive and dark flames dash around the more tranquil dreams. Not to be touched, rather to be named flash of nightmares.

One plus one makes 2
What do the Brave Sophie and the fun eloquent BFG have in common? They are single creatures on this earth, but together they are two.
A strong friendship, initially born from the fears of two lonely people – the BFG fears the girl would tell the world giants do exist, and Sophie do not want to be eaten and soon realizes she cannot go back to the orphanage on her own – is the winning element of this apparently unbalanced couple.

Human ‘beans’ hardly believe in giants, they pushed the over-sized creatures in Giant Country ages ago, thus forget about them.
The line reminded me of the flying lesson Tinker Bell tries to give to the old Peter Pan in Hook – directed by the same Spielberg.

The act of believe is the essence of every fantasy story, and our main characters particularly remind us how important it is so today. Not just for fairy tales, but also for dreams, so, our busy hectic life.

Sophie had first to believe in that gigantic kind man, secondly in the flashing sparkles of dreams, and thirdly in someone to trust for help. The six impossible things to believe before breakfast, as in Alice in Wonderland.

To dream, to believe, thus to act. This special story comes alive from Dahl's pages right in these current sad months to make us imagine again how the world would be with the courage of a child and the kindness of a giant.

Do not lose this chance to get inspired again by a golden phizzwizard. And ask:

What is your dream? 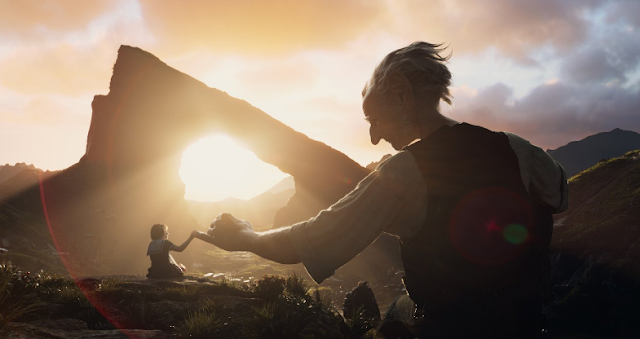