“When you see characters who are mothers, that’s not an essential part of their role,” explained to me Karen Morash, playwright and producer of Playground.

4 mothers negotiating, encountering misunderstandings, dealing with each other, though not really the kind of people who would normally be friends: and it all comes because their children attend the same school, same year.

These the pivot around which Playground, on the scene at the London Theatre from the 28th April to the 1st May, turns. On the stage, there will be the daily struggles of single mothers, the busy agendas of career women, the challenges posed by today’s kids.

‘Why can’t we all just be friends?’

is Karen’s question: as simple as a children’s quiz, but at the moment with not currently a better answer than a shrug.

“It think it’s just not knowing how to communicate with each other. In the play, there is a lot about social rules, those unspoken things that are piled unto us since we were born.”

Karen Morash, Canadian mother currently living in a village not far from London, is completing a PhD in Theatre and Performance at Goldsmiths. Playground came as part of her research.

Her studies look at playwrights engaging with devising. Although devising has not been used specifically in this play, Karen has been particularly influenced by this form in the script writing.

She is also a producer with Head for Heights Theatre Company, where the focus is mostly on marginalized people, discover and explore voices mainly from Latin America, that are not typically heard in Britain.

Taking from her commitment, during our conversation a couple of days before the first show, I asked Karen whether then theatre could be the right place for talking about integration, social changes, and cultural issues.

“The lyrics of the story is the most important thing,” she stated. “I do not think people come to the theatre for a lecture. They come to be stimulated, and inspired, or made angry sometimes."

The story – the human matter – comes first. From there, you can get the many or few questions you are trying to ask.

That is to say, there are not disembodied questions marks, but all the doubts and issues our frantic society could prompt us are caused by the intricate social webs and multi-layered personalities.

As Playground is set in district outside London, and talking about community relations, not so subtle is the reference to gentrification.

What is it, for you?


“Especially being a Canadian, I am endlessly fascinated by issue with class in Britain. We do have classes in Canada, but it is a much more flexible system than it is in here,” Karen further explained to me.

Among the expectations, there is certainly the curiosity for the outcome and success of the many stage movements performed.

“I do not see dialogue as the only method of creating meaning. It will be interesting to see all these ideas I had about storytelling through the body how they translate into the stage” 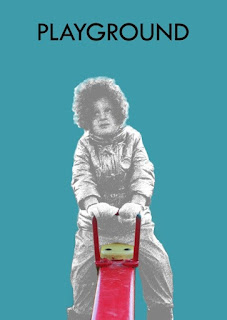 28th April – 1st May at The London Theatre