TfL newsletters preannouncing the interruption of the service kept on coming in my inbox since a couple of weeks earlier. But their strong suggestions to “find alternative routes” for my journey didn’t even touch my mind. 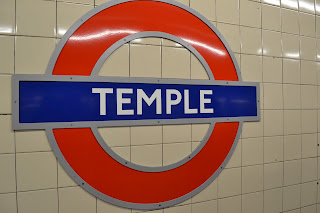 Threats of immobilizing the City, especially when the plan for night tube service came to the final stages and train drivers complained about the proposed shifts, have already happened. But then, a notice about the strike cancellation always arrived.

For a Roman, however, transport’s strikes are not really something new. One Friday a month, during lunchtime, you could see disordered queues of students walking on the main roads’ pavements, because there is no underground service and they didn’t have alternative means of transport – or they are too crowded to get on - to reach home apart from their feet.

In Italy there are many complains about the management of transport public services.
But we have to admit that, still after months or years of commutes with TfL, the huge number of stations/lines/buses is not the only element which strikes London’s population.

Oyster fares, either as a pay as you go or travelcards, weigh quite a lot on the commuter’s budget. Therefore, is not unusual that, when you start counting your expenses out of the salary, the list would include: rent, Oyster top-up, food.

Returning to the strikes topic, forced by the reality of a looming paralysis of the Piccadilly Line on the following day, I booked a ticket for Heathrow Connect, that, with Heathrow Express, is one of the alternative routes for the journey to the airport.

In the meantime, as many like me, I was thinking how lucky I was to have such a long and heavy – thanks to my luggages - journey on the only day of tube strike in London.

In 2015, I remembered just one strike happening in summer.
Was I right?

Here it came a long research: how many strikes actually occurred in the past year, where they really so few in comparison with Rome, do citizens in both countries really prefer to use their car to commute, etc.

Needless to say, there are many more information to be discovered.
But below you can find the most relevant elements for a 2015 comparison of Underground service in the two cities, Rome and London.