Flame2 and the shared joy

“He chose the unqualified,” “He could have raised an army from the stones, but he didn’t.”

By these lines, David Wells accompanied a modern narrative of Jesus’ life. According to the story, Jesus could have started a political campaign even more powerful than through current social media promotions, but he chose a more humble and gentler way to reach the men's hearts.

Mr Wells tried to get the Christian simplicity across the more than 8,000 young people attending Flame2 by an animated comparison between what happened more than 2000 years ago and the current events.

Music, conferences, and conversations with high-profiles guests as well as “ordinary” witnesses of “extraordinary” life experiences: these were the elements for the colourful and inspiring event organized by the Catholic Youth Ministry Federation on the 7th March 2015 at the SSE Arena - Wembley.

Flame (1) started in 2012, as a National Youth Congress.
“Fan into Flame the gift that God gave you” (2 Timothy 1:6) was the inspiring quote from the Bible for the kick off of this event.
After two years, the conference takes start by the Pope's Apostolic Exhortation "The Joy of the Gospel", which leads the theme for Flame2.

Cardinal Luis Antonio Tagle – Archbishop of Manila and member of the Vatican Congregation for Education. He met Pope Francis during his tour to the Philippines this year.

Cardinal Tagle spoke about mercy. "Where there is mercy, there is joy."
Chistians should always keep their eyes open, because there are so many people deprived of mercy, who feel alone, dull students who need a strong and unweary teacher.

Why was Jesus wasting his time for all those people who were already lost? For one reason: You are mine.


David Wells - Director of Adult Formation and Youth Ministry in the Diocese of Plymouth.
He guided many moments, and, in particular, gave some tips for getting the best from the day.

Stop comparing yourself with the person next to you. You are as wonderful as he or she is.

Together with his band, Matt rocked the audience with his songs.
Watch the video to have a taste of the atmosphere in the Arena.

A taste of the Flame

Baroness Sheila Hollins – member of the House of Lords, Emeritus Professor of Psychiatry of Disability at St George’s University of London, and appointed by Pope Francis in 2014 to the Vatican Commission for the Protection of Minors.

The conversation with the Baroness focused on the necessity to really understand what mental health problems are and how to treat them. They are indeed more and more widespread nowadays. Young people greatly benefit from the simple and real - that means, not through social media or other digital platforms - help by their peers.

Practise more GRACE, that is
Give
Receive
Active
Create
Engage


The Podfrs Fr. Marc & Fr. Dan.
The two priests brought with them the experience of a modernised priesthood, which follows the youngesters.
A father is not close to the audience only because of the age, but also because he tries to engage with them by using their language, entering their world.


Mission means to bring love in places where there is no love. 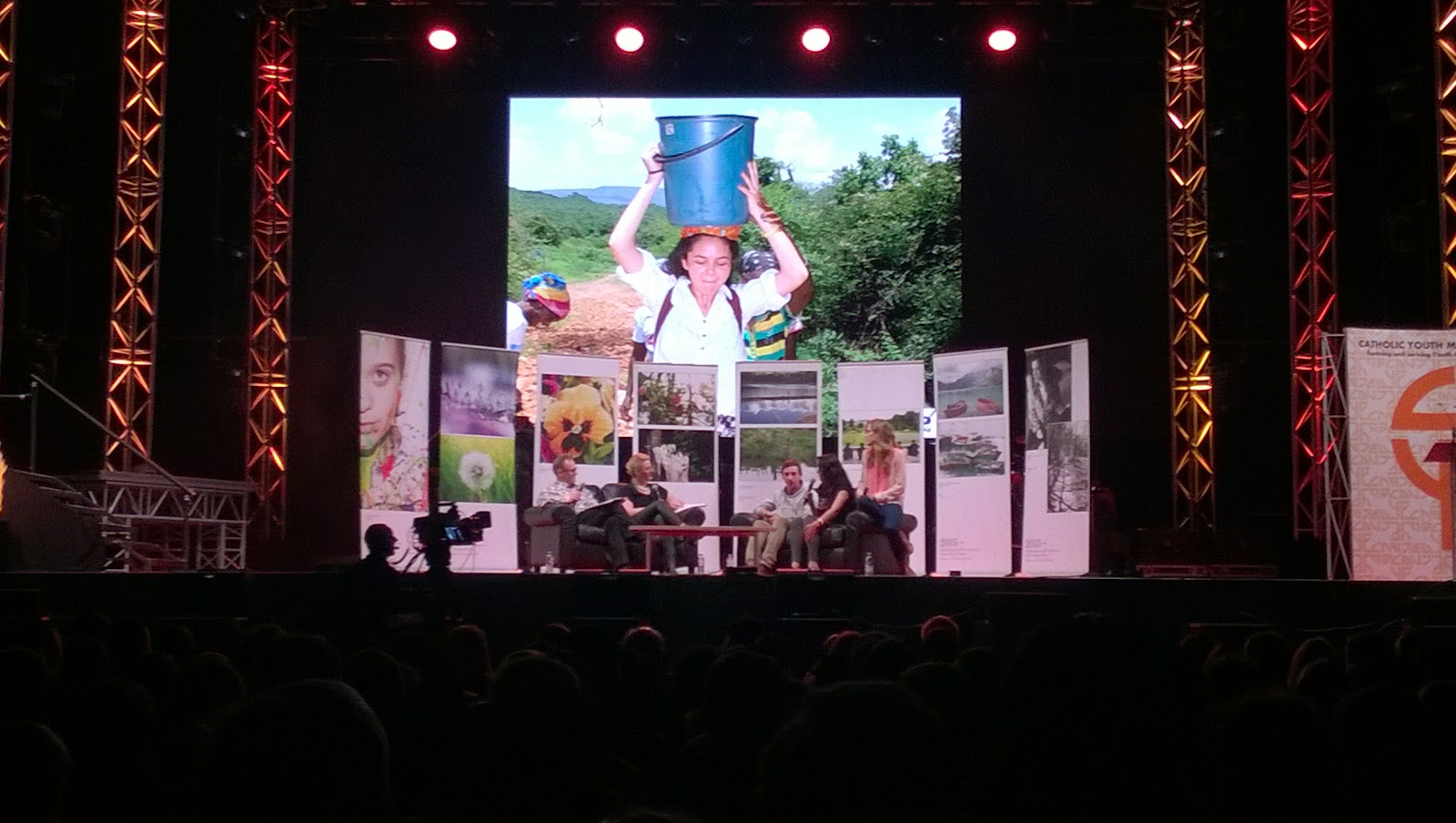 CAFOD gappers Chris, Leila & Mary.
The trio went through amazing experiences, and each of them learnt so much just during the year when...they were supposed to stop studying and, therefore, learning.
They took the challenge "Love our neighbour," launched by CAFOD.


Fr Timothy Radcliffe - Order of Preachers (Dominican), who served as Master General of his Order.

The well known father talked about feeling loved. One of the most important element in the Christianity is that God's love is not to be earned. It is for free.
For free we are loved, for free should we love the others next to us.
He also mentined the words of Pope Francis during the World Youth Day:

Young people should have the courage to seek happiness.

Cardinal Vincent Nichols - Archbishop of Westminster, President of the Catholic Bishops' Conference of England and Wales.
He openend and closed the day with thoughts and questions to keep for the following days.


What God said to me? How am I going to respond?

The hashtag #Flame2, which started days before the event, went viral during the conference.
People in the audience tagged friends' birthdays, digited words just said, and shared their joy of attending the conference, no matter from where they travelled to be there.


The sense of being a community, sharing the same faith, listening to thoughtful and inspiring speeches led the young audience to enjoy a good experience of Christian love.