Wheelchairs have no priority over pushchairs on bus

Passengers with prams are not obliged to leave spaces on the buses for wheelchairs users.
The Court of Appeal overturned a ruling: the law should not force them to make room on the means of transport, even if there is a dedicated bay.

Leeds Country Court on the 23rd September 2013 found FirstGroup, bus services company, liable of discrimination ruling.
Doug Paulley, 36 years old, tried to get on one of the bus by the transport company at Wetherby to Leeds in February 2012.
A woman occupied the area for wheelchairs with a buggy. The man claimed he was forced to wait for another bus, because the lady said the pushchair cannot be folded down.
Doug Paulley was awarded £ 5,500 for damages, in the case, as he missed the train for Leeds having waited for more than a quarter of an hour at the stop.
The company was found in breach of the Equality Act 2010.
But the transport company involved requested an appeal. Lady Justice Arden, along with Lord Justice Lewison, and Lord Justice Underhill, allowed the case entered the Court. The final sentence has overturned the previous one, in favor of FirstGroup.

In the document from the Court of Appeal, the FirstGroup policy about the matter consists of “asking rather than requiring” to vacate the area.
In the section for wheelchair accessibility, at the company webpage, the viewer can read:
“Please note that the driver has no power to compel passengers to move in this way [with reference to the wheelchair area on the bus] and is reliant upon the goodwill of the passengers concerned”.
The relevance has already set off some reactions over social media. 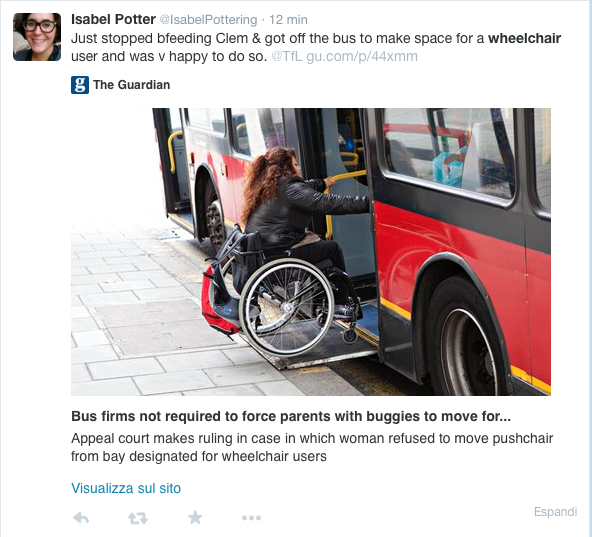